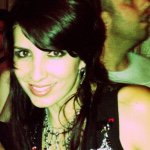 Once again, Mac Duggal demonstrated why he is the go-to designer for the legion of fans of his glamorous, gorgeous, wearable dresses. Held at the Angel Orensanz Center in Manhattan, the Mac Duggal NYFW Spring/Summer 2018 runway show was a celebration of body positivity. This season Mac had plus and sample size reality stars who formerly have worn his creations on the red carpet walking the runway at NYFW alongside professional models.

Last season, Mac Duggal made headline news with his body positivity message by integrating regular and plus size models on the runway.  After this news making campaign heard around the world the Steve Harvey show took note and featured Mac Duggal himself in an episode this past May.

Reality stars Arissa Seagal (Growing Up Supermodel), Roxy Earle – (Real Housewives of Toronto) and Niche Caldwell (married to football star Andre Caldwell) wowed in dresses that featured swirling fringe, 3-D embroidery on lace, off the shoulder looks, stylish pearl beading, and dramatic shades of lilac and blue. Producers from Bravo, Lifetime, and E! networks all filmed the show and their respective reality stars whether on the runway or in the star studded crowd, presumably to be featured in upcoming episodes.

Mac Duggal never ceases to deliver an amazing collection season after season for the discriminating women who wear Mac Duggal.